We are a close knit team.  Everyone has a different field of experience, which provides Jessey Mason with a broad depth of knowledge that we can help to bring to any project.

The practice was set up in 2005 by Colin Jessey and Sharon Davis who have now retired.  Colin Jessey still works with us as a consultant when required.  Mark Mason became a Director of the company in 2014 and the company has been developing ever since.

Mark Mason, BSc (Hons) MRICS CIAT is a Qualified Chartered Building Surveyor and Chartered Architectural technologist with over 17 years’ experience. He is a Director of Jessey Mason Associates.

Mark has always been fascinated by the history and design of buildings. He started working in 1999 for a small practice, which provided him with the opportunity to cover many aspects of building, including extensions, loft conversions, refurbishments, maintenance contracts and defect diagnosis.  When Mark qualified from University, he started to work closely with Architects and became an apprentice for an Architect for two years.  This has provided him with a unique position of understanding design but with the practical knowledge of a Building Surveying background.

In spare time, Mark loves to spend time with his family.  He can also be found playing his guitar and has a love for classic cars. 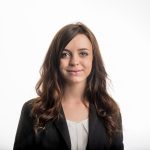 Ffion is a valuable member of our team.  She is generally the first person you will speak to when you contact us as she is our administrative and secretarial support.

Ffion started as an apprentice in 2014 for a year and has subsequently stayed as a secretary for JesseyMason Associates.

She has been a major contributor in putting our website together and helping to manage everyone within the office.

In spare time, Ffion loves to walk her dog as well as cooking and baking. 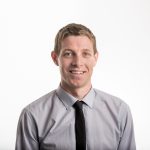 Michael has now been working for Jessey Mason for a while after graduating with a Building Surveying degree from Brighton University.

Since an early age, Michael has been a keen golfer and more recently has taken up running for a local athletics club. 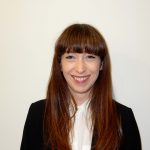 Deborah graduated in 2008 with a BSc Hons in Architecture and started a career in design.  After moving to Brighton in 2008, she has worked at a number or architectural practices, primarily working on commercial fit outs and refurbishments.

In 2015, Deborah decided to go self-employed for the final years of her studies, to allow her to concentrate on her education. During that time, she worked on many different projects of varying scale and cost, while honing her ability to work independently: an important skill for a surveyor.

Recently Deborah joined our team and has already become a valuable member, assisting with various projects including the design of a workshop and meeting room for a small independent company in Brighton.

Deborah spends a lot of her time with her family and catching up with friends from her home town in Ireland.  She also loves exploring live music within the Brighton area.

Find what you are looking for: